Iron chefs who once conquered the world, today

The Japanese TV show Iron Chef focuses the spotlight not on restaurants, but on the chefs that work there.

The Japanese TV show Iron Chef focuses the spotlight not on restaurants, but on the chefs that work there.

Before that, chefs were seen as just behind-the-scenes workers in restaurants, but this show directed attention to the chefs’ art of cooking, leaving a great influence on the current restaurant scene. 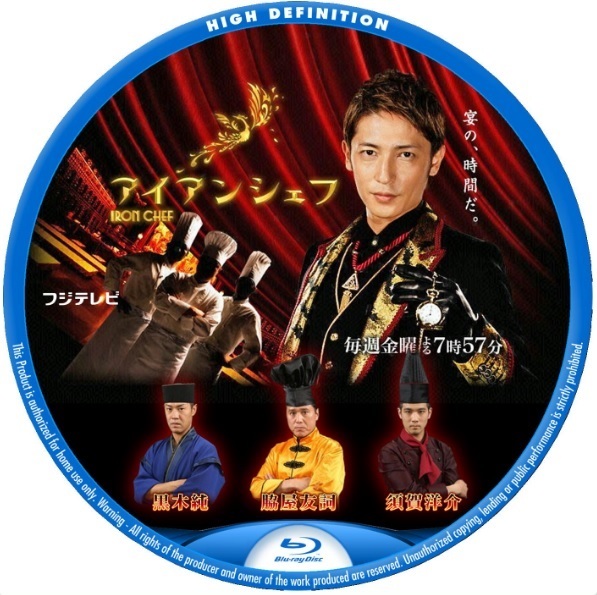 The main stars of the show are the new challengers that appear on every episode, and the 3 defending resident “Iron Chefs”. It would not be an exaggeration to say that the selection of Iron Chefs, given the duty of fighting off the challengers, was the key to the success of the show.

In the first season of Iron Chef, aired about 25 years ago from now, the old-school top chefs Rokusaburo Michiba (Iron Chef Japanese), Chen Kenichi (Iron Chef Chinese) and Hiroyuki Sakai (Iron Chef French) took the Iron Chef positions. However, in Season 2, which started broadcasting in 2013, up-and-coming young chefs of the next generation were selected as Iron Chefs.

Here, we want to have a look at what the 3 chefs who acted as the new Iron Chefs of Season 2, leaving their mark on the Japanese restaurant scene, are up to now. 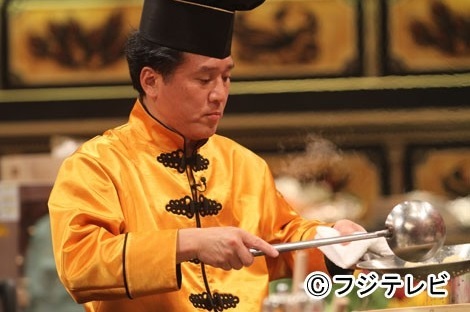 Wakiya was already given the title of Iron Chef during the airing Season 1 in 1999. Wakiya was the most well-known out of all the 3 new Iron Chefs during the start of Season 2 in 2013, having won in a battle against the then Iron Chef Chinese, Chen Kenichi, as a challenger.
A master of neo-Chinese cuisine, or “Nouvelle Cuisine Chinoise” which has elements of French cuisine, Wakiya showcased his brilliant skills in Iron Chef. He earned the title of “Best Iron Chef”, enjoying a perfect streak of wins without even giving the challengers a single point until he first lost in the 6th battle.

★Wakiya After Iron Chef
Having cultivated his own unique style of “Nouvelle Cuisine Chinoise” without being limited by the preconceived notions of Chinese cuisine, Wakiya was praised for having “brought forward the history of cooking by 10 years”. However, he seems to be surprisingly more focused on his business rather than cooking currently. With his own restaurant having expanded to 4 outlets currently, it seems to be doing well business-wise, but the foodies who visited his flagship store, Wakiya Ichiemi-Charou, while expecting the quality of Iron Chef Wakiya seem to be mostly disappointed. With the rise of Chinese restaurants in Tokyo such as Mimosa, Wasa, and Renge which have their own new styles, it might mean that Wakiya’s style has already become oldskool. 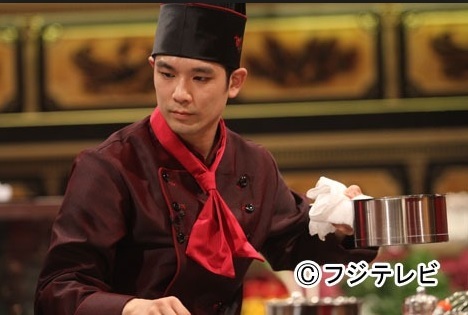 Yosuke Suga was definitely the one who made his presence known as much as Wakiya, or maybe even more in Season 2. He is one of the top elite chefs in Japan, having headed the Tokyo, Taiwan, New York and Las Vegas branches of L’ATELIER de Joël Robuchon as the representative of the Robuchon brand after training in France as Joël Robuchon’s disciple. At the start of the competition in the first episode of the show, he had a winning streak after defeating Chef Miyanaga, the head chef of Rokusantei and successor of the best Iron Chef of Season 1, Rokusaburo Michiba. Viewers had high expectations that he would win in all the episodes of the show, but alas, he lost to the patissier Toshihiko Yoroizuka in the strawberry battle, and did not manage to remain undefeated throughout the show.

★Suga After Iron Chef
After the show ended, Suga went back to France, and returned to Japan in 2015. He opened an exclusive members-only French restaurant Sugalabo in Tokyo. In Iron Chef, Suga showcased his spectacular techniques perfected under the mentorship of Robuchon endlessly, but currently he seems to lean towards simple cuisine that focuses on bringing out the natural tastes of the ingredients rather than putting his mastery of French cuisine techniques to use.
The menu at Sugalabo, put together mainly using ingredients that Suga has gathered from all over Japan on his monthly week-long travels, sometimes deviates a great deal from French cuisine, surprising foodies who visit the restaurant with the image of Joël Robuchon’s authentic French cuisine. Although Suga is often called a legendary master, he is still in his early forties. Which direction will his ever-evolving cuisine head in? This is definitely something worth paying attention. 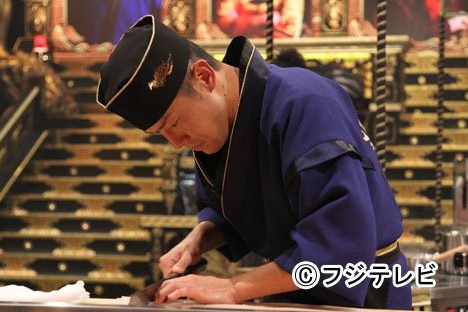 Jun Kuroki, having trained under the god of Japanese cuisine, Kenichiro Nishi of Kyoaji, was the youngest chef to have taken the esteemed position of Iron Chef at the age of 34. Although he had fairly good results as a young and attractive newcomer Iron Chef, with an overall score of 4 wins and 2 loses, he was unable to showcase his presence as much as Wakiya and Suga in the show, having lost in two highly-anticipated battles: his first battle as an Iron Chef, as well as the battle against the former Iron Chef Japanese Rokusaburo Michiba.

★Kuroki After Iron Chef
Although his results and performance as an Iron Chef were overshadowed by that of Wakiya and Suga, Kuroki is the one that has taken the most stable path as a chef after the show. Kuroki’s restaurant Kurogi, at which reservations were only available for slots half a year later before the show broadcasted, won rave reviews from food critics in an opportunity more than 3 years after the show ended, and rose to become one of the most popular restaurants in Tokyo, where it was highly difficult for anyone other than early regulars to visit.

The restaurant moved to a 4-storey building near Tokyo Tower this March, and the reviews of the new place have been unanimous in commenting that the food created in the spacious and fully-equipped kitchen has reached a new level. Furthermore, recently Kurogi seems to be highly interested in expanding his restaurant business just like Wakiya, and he has opened a tai-chazuke restaurant in the trendy shopping complex Ginza Six this April, following his wagashi shop in the Tokyo University campus. There are even rumours that he will expand his business into Shanghai, China.

We are somewhat worried that Kuroki, who has had an extremely smooth career as a chef, will be too eager to expand his business to the point that it may hamper his cooking pursuits.

The 3 chefs who appeared on the TV show as the chef representatives of their time, are still showcasing their star quality currently, with every single one of them taking their cooking careers to the next step.

Season 2 of Iron Chef sparked debate about its approach and format, and was unable to gain equal ratings and popularity as the original. However, it was definitely not a wrong choice to select Wakiya, Suga and Kurogi as the new Iron Chefs, as can be seen from their current achievements.

Although the former “Best Iron Chef” Wakiya, who will be turning 60 next year, has unfortunately already left the frontlines of cooking, the 2 young chefs Suga and Kurogi are at the stage in which they should be reaching their peak as chefs soon. Both of their restaurants are extremely difficult to get reservations for, but we definitely hope that all the foodies out there will find some way to visit Sugalabo and Kurogi, in order to experience the true abilities of the Japanese Iron Chefs.

When I went to the Iron Chef store "Kurogi", which has moved to the foot of Tokyo Tower, I suddenly made up my mind and tried to write "after" about the three Iron Chefs. Whether you know Iron Chef or not, please do read this.

The 15 Best Sushi Restaurants for Lunch in Tokyo

Home
Iron chefs who once conquered the world, today