Types of Sushi -A complete encyclopedia of sushi

Sushi is a delicious way to eat fish. In narezushi, which is often thought of as the origins of modern sushi, the rice was only used as a way to preserve the fish. However, the Japanese discovered that both the fish that absorbed the flavour of the rice, as well as the rice that absorbed the flavour of the fish, tasted good, and went on to create many different types of sushi based on that discovery.

Introducing the various types of sushi!

Here is an introduction to the numerous types of delicious sushi. Of course, the sushi introduced here are the most famous ones, but there are also many regional types of sushi besides those mentioned here, which have slight differences in the methods of preparing the sushi. 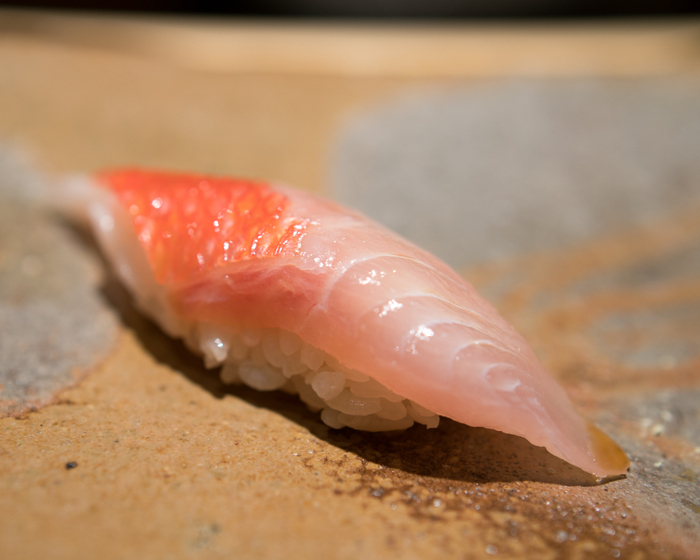 Nigiri sushi is a bite-sized shaped mound of vinegared rice, served with some wasabi, and seasonal seafood on top. This type of sushi developed in the Edo period, and is also called Edomae sushi as the ingredients used back then were seafood caught in the sea near Edo. It is now the most popular type of sushi, as the word sushi is usually used to refer to this type of sushi. 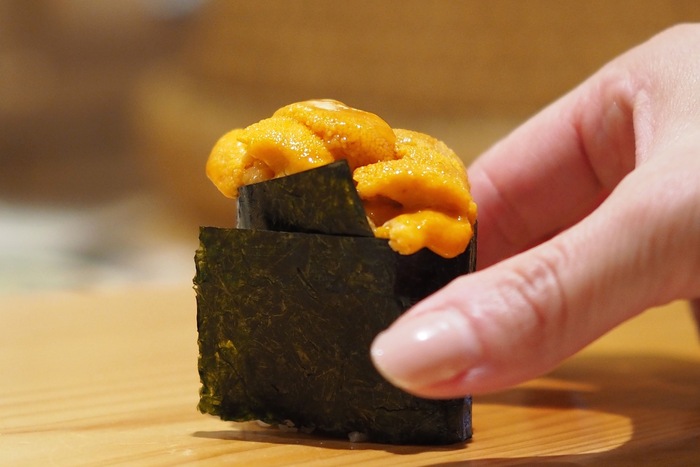 Gunkanmaki
Toppings that are evenly shaped cuts of fish or relatively large pieces can be made into nigiri sushi, but loose ingredients like roe or sea urchin will not stay on top of the rice, so these will be made into gunkanmaki (“warship roll”). A strip of seaweed is wrapped around the mound of vinegared rice, and the loose toppings will be put on top of the rice. With this method, toppings that could not be used for nigiri sushi before could now be used for sushi toppings as well.

Norimaki is where rice is spread out evenly on top of a piece of seaweed and toppings are put on the rice, before rolling it up and slicing it into a few equal pieces. Besides using seaweed to roll the sushi up, shaved kombu flakes can also be used, and is called makizushi in this case. There is also uramaki (“inside-out roll”) which is rolled in a way such that the seaweed is not on the outside, and is a method often seen in western-style sushi. 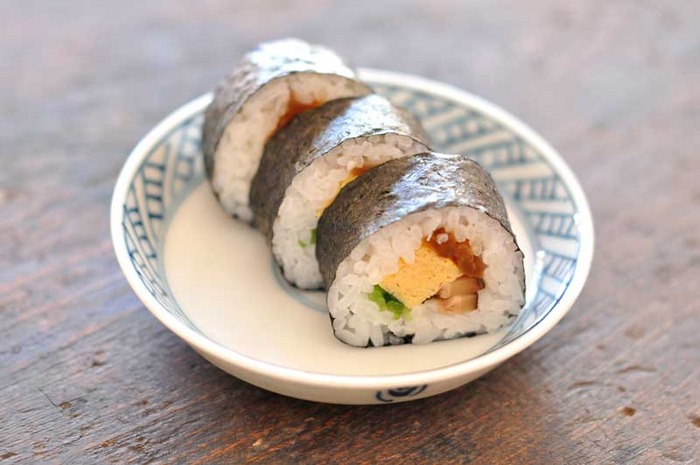 Futomaki Sushi
This is a norimaki roll with many ingredients such as sakura denbu (seasoned codfish flakes dyed pink), kanpyo gourd, cucumber and egg rolls, and is called futomaki (literally “fat rolls”) because of its thickness. When making futomaki, one can make patterns on the cross section of the rolls by arranging the ingredients in a special way, and this type of roll is called kazari sushi (“decorative sushi”). 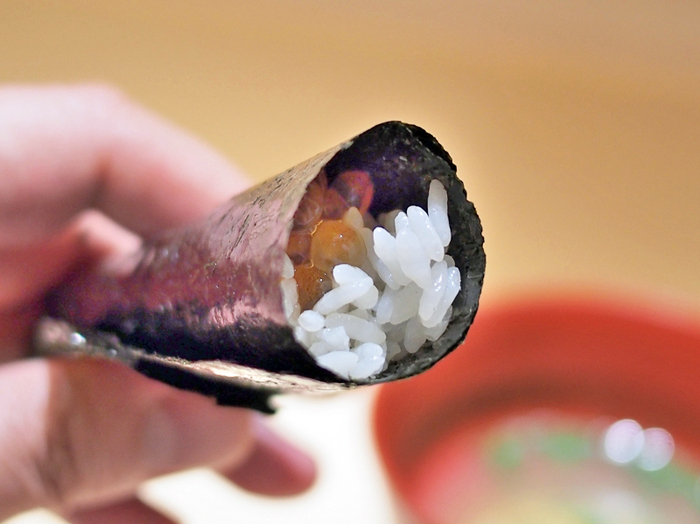 Hosomaki Sushi
Most of the norimaki rolls served at sushi restaurants are hosomaki (“thin roll”). Most of it are rolls with only one filling inside. One of the main characteristics is the different varieties that can be enjoyed, for example kappamaki (cucumber roll), negitoromaki (roll with chopped tuna and scallions), kanpyomaki (kanpyo gourd roll), nattomaki (fermented soybean roll) and so on. 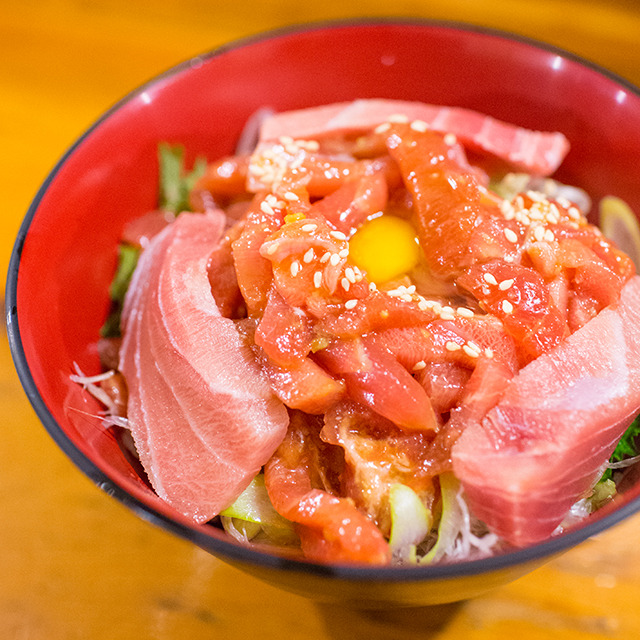 This is not exactly sushi, but it was included in this introduction since various types of kaisendon are actually sold in sushi restaurants, which is perfectly reasonable since sushi restaurants have both fish and rice. Depending on the type of “seafood” served on top of the rice, various types of kaisendon can be made, for example negitoro-don (chopped tuna and scallions bowl), tuna bowl, roe bowl, or even crab chirashidon. 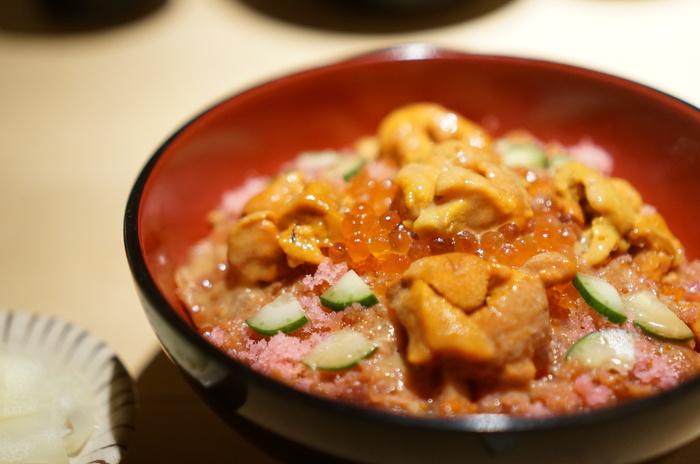 Chirashi sushi (“scattered sushi”) is often made both at home and at sushi restaurants, and is a common type of sushi. This is basically ingredients scattered on top of sushi rice, but the ingredients put on top of the rice are somewhat different, depending on the family and restaurant. At home, most people use shiitake mushrooms boiled in soy sauce or egg strips and seasoned codfish flakes, but at restaurants, most of the time seafood is put on top of the rice. However, there is no restriction or rule about what kind of ingredient to use in chirashi sushi, so this dish is basically based on your own preferences.

Instead of shaping the vinegared rice into oblong shapes, oshizushi is made by pressing the ingredients into a mould, but the method and ingredients of making sushi are different, hence the different types of oshizushi. This is different from Edomae sushi, and instead of taking it with one-by-one, it is made as a big block once, and cut up into smaller pieces before it is eaten. 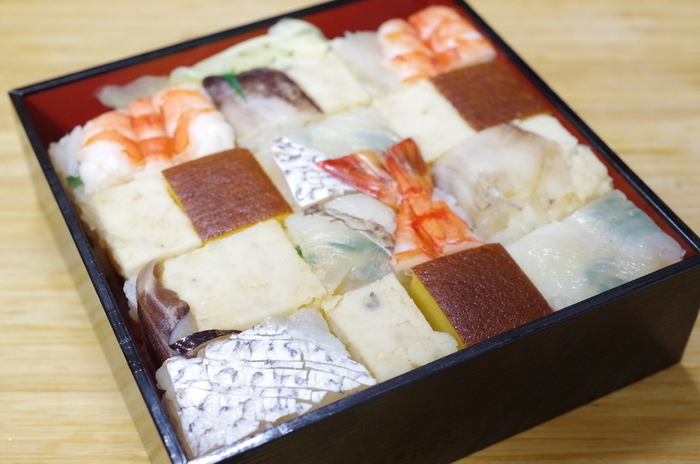 Battera Sushi
This is a type of oshizushi that is made by putting sushi rice, mackerel, shiroita kombu in order in a rectangular box mould, and pressed down with the lid. It was originally a type of Kansai-style sushi, but it can now be found all over Japan. On a side note, there is a type of salmon battera sushi in Hokkaido that is one of the author’s personal favourites. 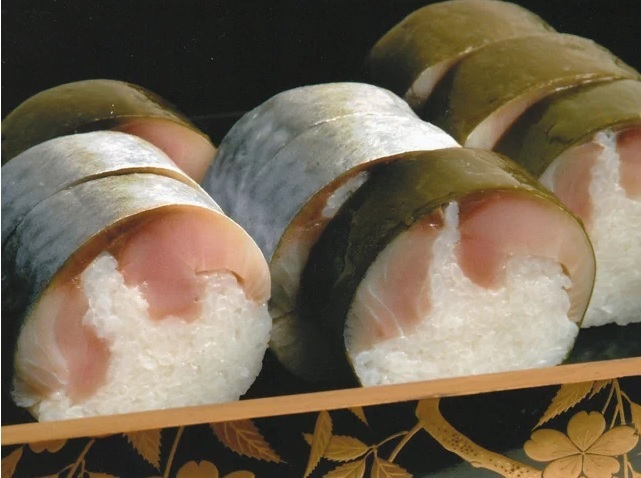 Sabazushi
This is a type of mackerel sushi that is made in a similar way to the battera sushi, but instead of pressing it down firmly, it is shaped with a bamboo mat and wrapped with bamboo leaves, and is not rectangular, which are notable differences from the battera sushi. Kakinoha sushi, which are wrapped using persimmon leaves similarly, is also famous. 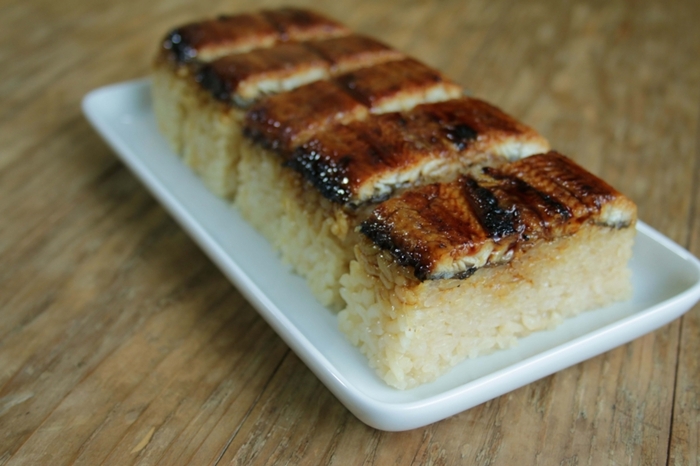 Unarizushi
This is not “inarizushi”, but “unarizushi”. This is oshizushi made using layers of unagi (Japanese grilled eel), hence the name. The name is a result of a pun between unagi and inarizushi, and is also said to have been named because it is so delicious that one would let out a roar, which is what unari means in Japanese. 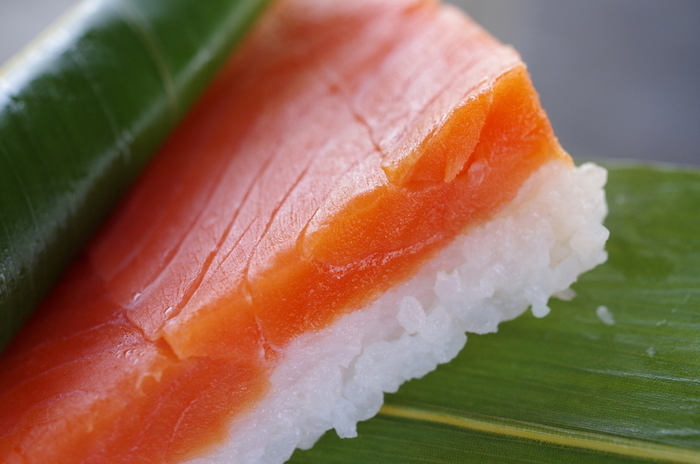 Masu-no-sushi
This is a type of oshizushi made by putting sushi rice into a round bamboo container, and laying a few pieces of trout fillets neatly on top. Oshizushi can generally keep better than nigiri sushi, and most of them can keep the flavour even after some time, hence in Toyama Prefecture where this type of sushi is famous, it is extremely popular as well as a lunch box sold at train stations. 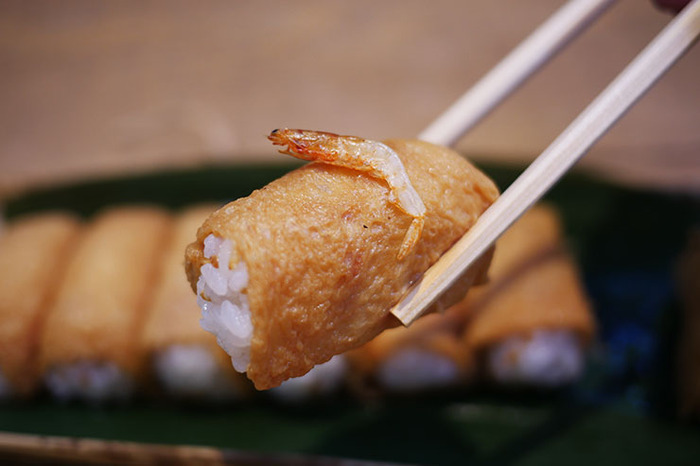 This is also called o-inari-san. This consists of sushi rice stuffed into deep fried tofu pouches, which is said to be a favourite of the fox god enshrined in Inari shrines. Sesame seeds, stewed vegetables, stewed shiitake mushrooms and okara (soy pulp) may also be mixed into the sushi rice. It is relatively easy to make, so it is often made at home as well. 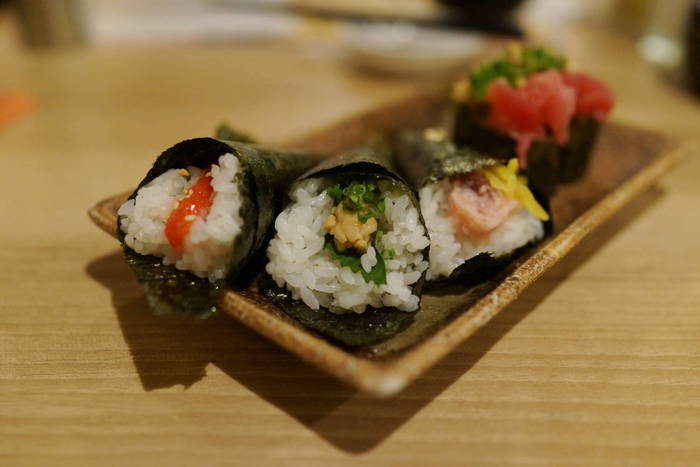 This is eaten by wrapping prepared ingredients of your choice in a piece of seaweed. The seaweed can be used in place of a serving plate and eaten without dirtying your hands, so it is commonly served at house parties. This is also sold at sushi restaurants, convenience stores and supermarkets nowadays. In this case, you cannot choose your own toppings, but it is popular as it is easy to eat.

Sign Up and enter your Credit Card Information first.

Did you know that “Nigiri Sushi”, which you usually eat, isn’t the only sushi?
This article introduces various kinds of “Sushi” from across Japan.
You will be a good sushi connoisseur, if you read this article together with the history of sushi.

Home
Types of Sushi -A complete encyclopedia of sushi