Maybe because sushi restaurants are a face-to-face business, there are pros and cons to every restaurant.
The evaluation of a sushi restaurant is simply calculated as follows: "Taste affinity x Owner's affinity.
Even if the taste is 10 points, if the owner and the chef do not get along, the overall score will be 0.
On the other hand, if the taste is average but the owner and the chef are close friends, the restaurant will receive a score of 70 or so.
Like the above, depending on the multiplication of the scores, there is a considerable variation in the evaluation.
That is why you should not worry too much about what other people say about a sushi restaurant, and instead putting your own feelings first in judging whether a sushi restaurant is good or bad.
Among such sushi restaurants, there is one that is the most controversial.
Fans and antagonists are split down the middle, and a cold war is being played out on the Internet.
That restaurant is called Hashiguchi in Akasaka.
Will I become a fan of this highly controversial sushi restaurant?
Or will I become an antagonist?
Whichever way I go, I am sure to gain a lot.

Just the other day, I was walking toward the restaurant with this thought in mind.
The restaurant is located in a secluded area behind the Akasaka Imperial Palace, about a 10-minute walk from Akasaka-mitsuke Station.
As I opened the automatic door and entered the restaurant, I could smell the distinctive scent of a good sushi restaurant.
On the right is a waiting room.
The place is air-conditioned and very comfortable.
I waited for the restaurant to open in a relaxing atmosphere while admiring the cactus on the interior.
At 6:00 p.m., the friendly hostess came out and showed me to a room with a counter.
There were nine seats at the polished counter.
In the four cases of seeds on plates lined with bamboo grass on cooling coils, colorful fish were neatly arranged and looked very tasty.
A single-flower vase is placed behind the tsukeba, creating a dignified atmosphere.
Toshiro Hashiguchi, the rumored "osho" (the owner of the restaurant), looked straight at me and said, "Irasshaimase (welcome). Thank you for waiting.
Hashiguchi is a master sushi chef with 45 years of experience in this field.
After graduating from high school in Kagoshima, he moved to Tokyo to work as an office worker. He became a sushi chef when he was invited to work part-time at a sushi restaurant by an older coworker.
Starting at a sushi restaurant in town, he worked at several restaurants including "Kanpachi," a prestigious sushi school at that time, and then became an ace chef at "Sushi-dori Hama" in Nogizaka.
Then, in 1992, he moved to Ginza to join "Sushi Aoki" as an independent chef.
In 2011, he moved to the current location.
He has a great face like an actor with large eyes and nose.
His body resembles that of an athlete, and his well-developed glutes are clearly visible in his back view.
And his hands were as big and thick as gloves.
Craftsman's hands, I thought.

Now, have I really become a fan of "Hashiguchi"?
Or have I become an antagonist?
There is no need to tell you.
I am a big fan!
It's too magnificent.
People say that sushi will sink or that it dances, but this is not the time to say such things.
Nowadays, there are plenty of other restaurants that serve sushi that sinks.
It is not a point of interest or noteworthy.
What is great about Hashiguchi is the exquisite balance between the sushi rice and the ingredients.
It's just that it's on a whole other level.
The natural flavor and sweetness of each fish is brought out to 120%.
There is no unpleasant smell.
Particularly, the shiny fish and shellfish are outstanding.
The craftsmanship is beyond compare.

As a novice but big fan here, let's examine what the antibodies have to say.
The most pointed out thing is the lack of sincerity in customer service.
It is true that Hashiguchi does not talk to customers more than necessary.
Their reactions are vague.
When I say, "Delicious! They do not react.
However, they are never unfriendly.
If you look at Hashiguchi's mouth when he is making sushi, you can see a smile on his face.
His expression is full of satisfaction.
It is as if he is saying to himself, "Delicious, delicious," as he lovingly makes the sushi.
I believe this is Hashiguchi's way of making sushi.
Incidentally, I was determined to leave a mark in Hashiguchi's heart when I asked him for 10 more pieces of sushi only a little after finishing the entire course .
Hashiguchi, as expected, rounded his eyes in surprise.
The seesaw game with the chef is one of the best parts of a sushi restaurant.
And if you do talk to him, he will tell you everything you need to know.
His casual attentiveness to the customers is also quite cool.
To a customer who spills soy sauce on the counter, he would say, "Don't worry, our counter will be clean even if we wipe it off later. Please don't worry about it."
To a repeating customer who complained that he couldn't get a reservation, he would say, "I wish I could get you a reserved seat for the year, but I'm sorry...lol."
When he sees a customer who is drunk and heated up and is about to take off his jacket, he immediately calls the hostess and asks her to help him.
He never neglects his customers.

On the way home, I told him that I admired him for being able to run a restaurant like this without any help from anyone else.
Hashiguchi grinned and said, "We don't have a lot of young people coming in."
"But now that I'm getting older, I realize that life is like a pendulum. There are good things and bad things. But if you work hard, you will be rewarded. That's what I think."
As I witnessed Hashiguchi's way of life, in which he sublimates the purity of his craftsmanship in the depths of Akasaka, I felt as if I had seen something that I was losing in my life.
That is how every single piece of sushi Hashiguchi made, every single word he spun, and every second that passed by, came to me with a purity that was almost suffocating.
The sincerity of his sushi craftsmanship still burns on my retina with a long aftertaste, like the sun that never sets.

Saito San, planning to visit Tokiwazushi later this year thanks to your great writeup. May I ask what your thoughts are on Nakajyo, as I might consider visiting both during the same trip? Do they really often purchase the best fish compared to shops like Kiyota, Arai, etc? Or is there another restaurant in Yokohama that you think is more interesting and worth checking out at this time? Thanks!

A report on a visit to one of the best Edomae sushi restaurants in Japan.

Great introduction! This place is always on the top of my list. Hashiguchi seems to require two guests minimum for the first-time booking, which is the biggest deterrent for me as a solo diner.

Saito-san, great report! Can I ask how much did it cost for 10 extra pcs of sushi on top of the sushi course?

@Leo Saito
Amazing they have not increased pricing during this era. My last visits were in 2019 and price was like that in both summer and winter.

Thanks for the report. I miss going there.

Thanks！
I am planning to visit next month.
If there are any changes in price or anything else, I will share the information here.

A quick update - I visited earlier this month and total cost was around 50000 for tsumami + sushi (no additional order) with two carafes of sake. I think price did went up noticeably along with many other places, but quality wise it l mostly felt the same. I am saying that because August/ Early September is probably the least favorable season for sushi to me so it’s not easy to compare exactly.

@leo saito Thank you! Do you know what is the best time to call them? Also, do you think they would accept 4 ppl reservation from foreigners?

I would suggest calling between 1:00 and 3:00 pm. Reservations can be made for four people, but I believe I heard that reservations for foreigners are only accepted through the concierge.

Saito-san, how or which best way would you suggest for foreigner to book this Sushi Hashiguchi?

Not Saito san, but AFAIK this restaurant can be booked via hotel concierge. It might have some rules specifically for foreign or 1st time comers.

As of my visits in 2017 and 2019 I believe a hotel concierge was necessary. I haven't yet tried to secure a return visit by other means, so I'm not sure if there is a different approach for repeat customers.

You can try jpneazy, but I think hotel concierge is still your best option. Voyagin used to be able to book it for me in 2018, before they were acquired by rakuten. 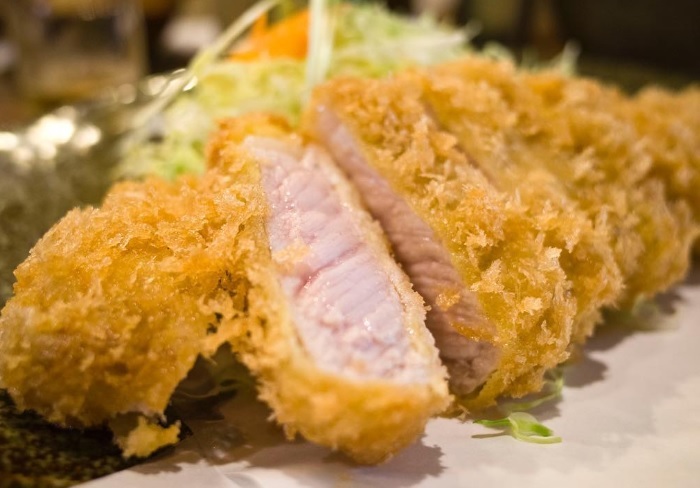